High school girls basketball: Somers the star of a… 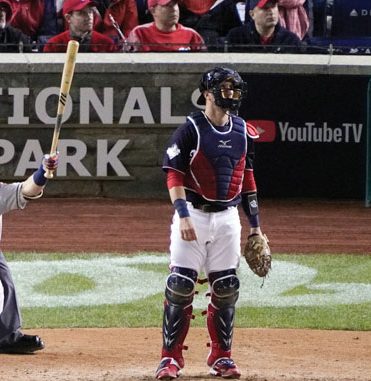 WASHINGTON (AP) — The game between the San Diego Padres and Washington was suspended in the sixth inning Saturday night after police said there was a shooting outside Nationals Park.

Investigators believe, based on preliminary information, that one of the victims was an employee at the stadium, he said.

More than two dozen police cars, ambulances and fire engines were on the street outside the third base side of the stadium and a police helicopter hovered overhead.

The Padres had just taken the field for the bottom of the sixth when several loud pops were heard from the left field side of the ballpark.

Fans sitting in left field quickly began leaving through the center field gate. A short time later, fans along the first base side began briskly leaving their seats. Some fans crowded into the Padres’ dugout on the third base side for safety as sirens could be heard from outside the park.

Arman Ramnath, 27, from nearby Arlington, Virginia, and a recent law school graduate, said he and a friend were sitting in the third base side of the stadium when they heard what sounded like fireworks.

“We weren’t sure what it was. Then everyone started ducking,” Ramnath said.

Ramnath said he and his friend ended hiding behind the seats for five or more minutes. After a while people started getting up and leaving, he said, but stadium announcements told fans to wait. Eventually they were allowed to leave.

“It felt very surreal. I wasn’t really sure how to react,” Ramnath said. “I mean, you hear about it … but you never expect it to be something that could affect you.”

The Nationals initially announced there had been an incident was outside the stadium and posted a message on the scoreboard telling fans to remain inside the stadium.

About 10 minutes later, the team tweeted: “A shooting has been reported outside of the Third Base Gate at Nationals Park. Fans are encouraged to exit the ballpark via the CF and RF gates at this time.”

The Padres led 8-4 when the game was halted. It will be resumed this afternoon, followed by the regularly scheduled game.