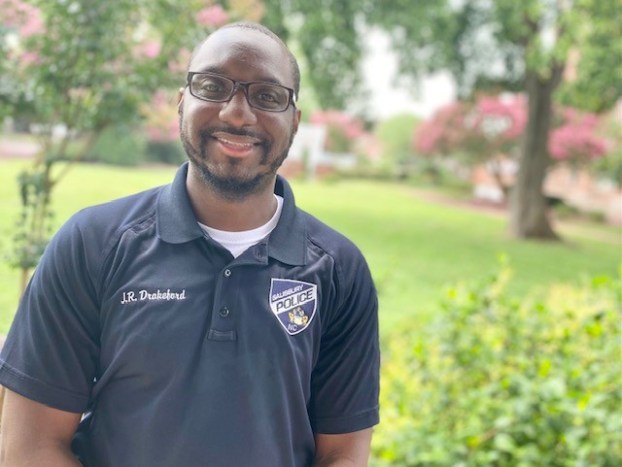 SALISBURY — Police Detective Jesse R. Drakeford has been awarded by the state for his work as a gang investigator.

Drakeford was selected as the recipient of the 2021 Special Achievement Award from the North Carolina Gang Investigators Association for his work on statewide gang investigations. He will be honored officially at an awards banquet in August.

Drakeford joined the Salisbury Police Department in 2018 after serving two years as a public safety corporal in the hospital security field. Since then, he’s credited with assisting multiple agencies with criminal investigations, resulting in multiple arrests and convictions. He was nominated by his supervisor with supporting information from nearby law enforcement agencies that found his skills and work to be beneficial in and around the Charlotte area.

“Detective Drakeford has provided valuable insight into gang investigations throughout the state of North Carolina after just one year as a detective,” said Police Chief Jerry Stokes. “I think everyone was impressed with his knowledge, and this award certainly reinforces that observation. I’m very proud of him and all the members of SPD who work hard every day.”

Drakeford graduated from Alabama State University with a bachelor’s degree in music education.