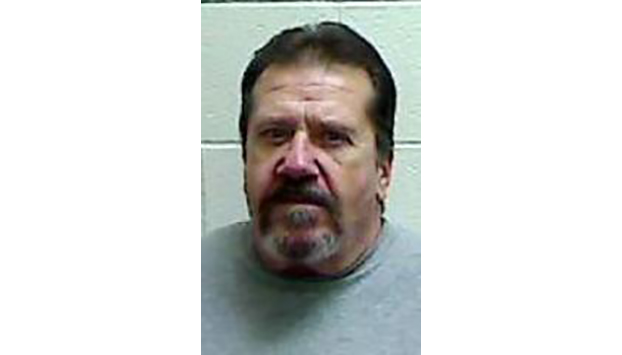 RALEIGH — Murder and robbery charges against a China Grove man convicted of killing his co-worker should have been dismissed because there was insufficient evidence at trial to implicate him, the state Court of Appeals ruled Tuesday.

David Myron Dover was sentenced in 2019 to life in prison without parole after a jury convicted him of first-degree murder and robbery with a dangerous weapon in the May 2016 stabbing death of Arthur “Buddy” Davis in Rowan County. But a majority on a three-judge panel decided that the circumstantial evidence presented by prosecutors lacked enough substance to show Dover was the perpetrator.

The evidence showed Dover “had an opportunity to commit the crime charged, but there was not evidence, even when viewed in the light most favorable to the state, that a reasonable mind could accept to support the conclusion that defendant robbed and murdered the victim,” Court of Appeals Judge Hunter Murphy wrote in the majority opinion.

Murphy and Judge Chris Dillon ordered the trial judge’s refusal to dismiss Dover’s charges be reversed and his convictions be vacated. The 2-1 decision means the state Supreme Court is obligated to hear any appeal of Tuesday’s ruling. Attorney General Josh Stein’s office, which represents prosecutors in criminal appeals, said Tuesday through a spokesperson that it was reviewing the decision.

According to court documents, Davis had been set to meet one of his daughters one morning to give her an unknown sum of money, but he didn’t show up. Ultimately, he was found dead in his Kannapolis home, stabbed multiple times.

Dover worked at an automobile sales store with Davis, had a substance abuse problem and asked his girlfriend to look in a trash can for about $3,000 in cash to help him post bail on a charge unrelated to Davis, the decision says. Evidence from cellphone records also shows his phone was in the vicinity of Davis’ home on Chris Ann Lane, even as Dover told police initially he had been at home the night before Davis was found dead.

This and other evidence could be fairly characterized as raising suspicion about Dover, Murphy wrote, but “crucial gaps existed” in the case: “There was no evidence beyond mere speculation that (Dover) was at the scene of the crime, had a motive to commit these crimes, or that (he) actually committed the crimes.”

Court of Appeals Judge John Arrowood, writing a dissenting opinion, said the convictions and trial Judge Richard Gottlieb’s refusal to declare a mistrial should be upheld. Jurors are allowed to make inferences about circumstantial evidence when determining facts related to the elements of crimes, he wrote.

Evidence of Dover’s “location, his possession of a large amount of cash, his history with the victim, and defendant’s apparent concealment of evidence was sufficient to raise a reasonable inference that defendant was guilty of armed robbery and first-degree murder,” he wrote.

Dover, 58, has been serving his life sentence in an Alexander County prison.

His lawyer, Marilyn Ozer, said in a brief interview that Tuesday’s decision shows defendants that prosecutors must provide at least a minimum amount of evidence before their case could go to a jury.