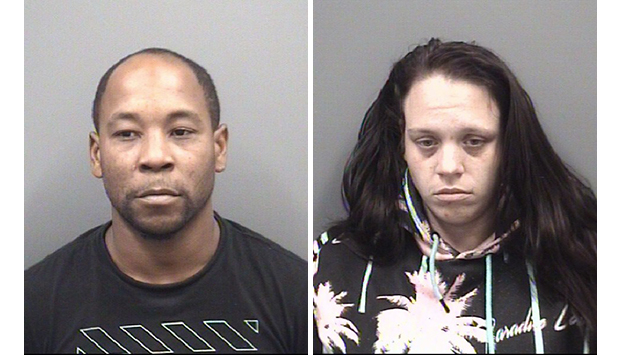 SALISBURY — A man and woman were jailed early Tuesday for outstanding warrants, drug crimes and child abuse charges after an investigation led deputies to a hotel on Julian Road.

A Rowan Sheriff’s Office investigation into Crisco’s whereabouts led deputies to Affordable Suits on Julian Road, where the man was staying with his girlfriend, Evans, and her three children. When deputies stopped a car belonging to Crisco after it left the hotel, they found Evans driving and Crisco in the passenger seat, a news release said.

After citing Evans for a motor vehicle violation, a K-9 conducted an open-air sniff of the vehicle and alerted to the presence of drugs. Inside the car, deputies found MDMA, a schedule one substance, and cocaine, a schedule two substance, a news release said.

The child abuse charges were filed because deputies found Evans’ children alone at Affordable Suites with drug paraphernalia in plain view and within reach.

Crisco was booked into the Rowan County Detention Center with a $32,000 bond for his outstanding charges. Evans received a $10,000 bond.