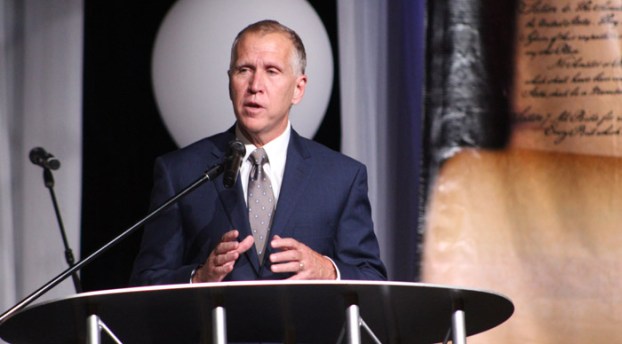 Other voices: Is Sen. Tillis ready for his close-up?

North Carolina’s Sen. Thom Tillis is used to being in the public eye — and, no doubt, used to criticism, warranted or otherwise. But he may have been surprised to find himself in the crosshairs recently of the Twitter account known as Room Rater, which didn’t like what it saw in his remote-screen presentation.

Amidst the serious, sometimes overly important users whose accounts populate Twitter, Room Rater, with just over 400,000 followers, isn’t the most popular. That, reportedly, would be singer Katy Perry, with 108.7 million followers.

Nor is Tillis the most popular political figure on Twitter — that would be former President Barack Obama, with 130 million followers (which, yes, outnumbers former President Trump even in his Twitter prime of almost 88 million, before his account was suspended in January).

But Room Rater, run by 56-year-old Claude Taylor of Washington, D.C., and his 51-year-old girlfriend Jessie Bahrey of Vancouver, is not nearly that consequential. It rates, on a scale of 0 to 10, on the basis of highly subjective criteria — that often contain huge helpings of snark — the aesthetics that users put into play as they appear on Skype and Zoom.

The account gained prominence last year as celebrities, politicians, business people and laypeople sequestered themselves because of COVID, replacing personal appearances with laptop cameras focused on home and kitchen offices.

“It occurred to us that it would be fun to make a Twitter account and start tweeting these observations,” Taylor told the New York Post last year. “We were just really looking for some lighthearted content to share with the people to help them get through this period.”

A good example of a typical Room Rater critique might be the one given recently to Wall Street Journal reporter James Grimaldi: “Good screen use. Frame wall. Rare candle sconce. Raise camera a foot or so/reframe. 6/10.”

They were less generous, though, with Tillis, whose setting they judged from a picture that appeared on his own Twitter account: “Hmm. @ThomTillis has the carcass of a dead bear pinned to his wall. In 2021. What a throwback. 0/10.”

Sportsmen may disagree; some animal lovers, in reply to the rating, suggested that negative numbers would be more appropriate.

We won’t argue either way.

But, again, Room Rater is highly subjective and should be taken with a grain of salt. As The (Raleigh) News & Observer noted: “Other office features (in Tillis’ frame) that went unmentioned in the tweet include two paintings, office chairs and what appears to be a football.”

Surely those accoutrements are worth a point or two.

But style never goes out of style, and carefully arranged décor and lighting can make an online meeting or presentation less arduous and more pleasant. A nice plant or painting doesn’t hurt. It’s certainly preferable to what Taylor and Bahrey refer to as the “hostage video”: a bare wall.

For all their notoriety, Taylor and Bahrey — who reportedly have a book deal brewing — seem approachable and often converse with people in their Twitter feed, some of whom have asked for and received a second chance. They often, generously, reward effort over taste. It’s all in good fun.

So, Sen. Tillis, we hope there are no hard feelings. Sometimes it’s an honor just to be noticed.