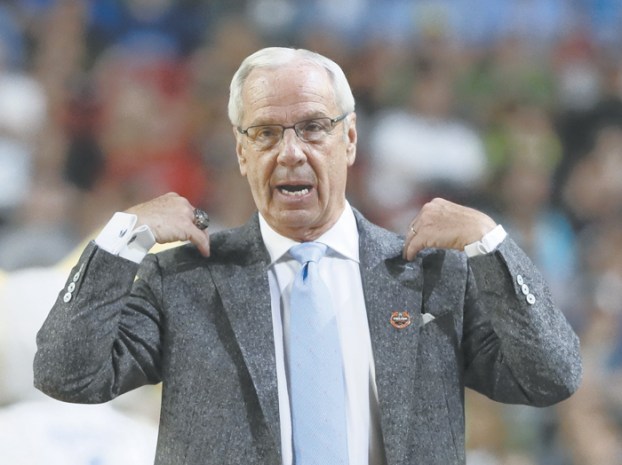 The retirement of North Carolina head coach Roy Williams is among the big changes for the upcoming basketball season. (AP File Photo/Mark Humphrey)

CHARLOTTE — Georgia Tech coach Josh Pastner is still savoring his program’s Atlantic Coast Conference Tournament championship even as he excitedly looks ahead to no longer playing games in empty arenas due to the COVID-19 pandemic.

And yet, this will be anything but a normal season for the tradition-rich basketball league.

It’s the first in nearly two decades that Hall of Famer Roy Williams won’t be coaching North Carolina. It’s the final run for fellow Hall of Famer Mike Krzyzewski in a 42-season career at Duke, while other veteran coaches are closing in on their own eventual finales. Rosters across the conference have transformed amid the upheaval of the new easier-to-transfer world.

It all comes as the league tries to restore some its luster after a disappointing showing in the NCAA Tournament.

The league is changing, or evolving as Virginia coach Tony Bennett puts it. It’s just unclear exactly how different things will look by the end of the upcoming season.

“I just don’t know,” Bennett said Tuesday at the league’s preseason media day. “It’s getting harder as we talked about to establish dynasties, dominant — maybe even conferences because of transfers now and early departures. So that makes it challenging.

The Tar Heels are coming off two bumpy seasons that wore on Williams, first a 14-19 season in 2020 and an 18-11 season last year. Now it’s up to Davis to get things back on a steadily upward trajectory.

Over at rival Duke, Krzyzewski announced in June that he would retire after this season and hand off to associate head coach and former Blue Devils player Jon Scheyer. Krzyzewski is the winningest coach in Division I basketball with 1,170 victories and five NCAA titles.

The Blue Devils are coming off their own un-Duke-like year: a 13-11 season that included withdrawing from the ACC Tournament due to COVID-19 issues before missing the NCAAs for the first time since 1995.

“It is a power shift,” Notre Dame coach Mike Brey said of the two retirements, “and the rest of us are not complaining at all.”