Steven V. Roberts: The boy from the Bronx

Many people are sharing their favorite Colin Powell stories, and here’s mine: As the child of immigrants from Jamaica, he grew up in a working-class ... Read more

The disgraced former British spy Christopher Steele has kept a low profile in recent years. Understandably so, given that investigations revealed his dossier — the ... Read more

Letter: With Anthony Smith, we can rise

I moved to Salisbury two years ago seeking a haven to raise my young daughters after several tumultuous assignments with the federal government overseas. I ... Read more

Byron York on Friday asked, “Was Jan. 6 An armed insurrection?” and missed the point about the Jan. 6 violent attack on the U.S. Capitol. ... Read more

Letter: Anthony Smith has desire for everyone to thrive

When I found out Anthony Smith was running for Salisbury City Council, I was so excited! He is definitely someone who has been actively engaged ... Read more

Letter: Anthony Smith is voice for those without one

I am writing in reference to Anthony Smith and his candidacy for the Salisbury City Council.  I have known Anthony to be a true advocate ... Read more

By Darrell Hinnant Next year, 2022, could be the best year for Kannapolis since the mill closed.  That statement could seem an exaggeration with all ... Read more

Letter: Al Heggins for all

Letter: Al Heggins’ campaign is about all of us

Al Heggins’ campaign to be the first elected mayor in Salisbury history is not about her. It’s about you. It’s about me. It’s about all ... Read more

Some things are best discussed first in private. Private employers would not (or should not) discuss employee performance in a public lobby with customers around. ... Read more

By John Hood RALEIGH — Closing down school buildings for many months last year — and offering poorly planned and executed virtual schooling as an ... Read more

By Alexander H. Jones Many North Carolina Republicans wouldn’t consider it an insult to compare their party’s lieutenant governor with Jesse Helms. So I feel ... Read more

Anthony Smith is a great choice for City Council. I’ve had numerous opportunities to observe his passion and commitment to Salisbury and have always found ... Read more

Letters: Vote for Heggins in mayor’s race, Smith and Sheffield for council

It is my opinion that people who want to be government leaders and decision makers do so for two main reasons.  It is either for ... Read more

My name is Bailey Wingler and I have been a Salisbury resident for 13 years. I moved here from Charlotte to buy my first home ... Read more

The recent news article about the City Council candidate forum hosted by Rowan Concerned Citizens was an excellent opportunity to see which candidates do their ... Read more

Amongst the campaign signs popping up this time of year is a new addition that has caught my eye: a triangular sign that implores people ... Read more

I would like to take this opportunity to give an endorsement for Anthony Smith, who is a candidate for Salisbury City Council. I have known ... Read more

My Turn, Nan Buehrer: For older adults, CARS program is a lifeline

By Nan Buehrer My day begins with a last gulp of coffee before I grab my car keys and drive to work. No asking to ... Read more

Letter: Don’t single out one for votes all council members took

I write this letter of endorsement for Al Heggins to be the first mayor voted in as a separate office for the City Council. I ... Read more

Usually around this time of the year, I begin getting questions about who would be the best choice for Kannapolis City Council. I hope our ... Read more

Letter: Jeanne Dixon will ensure all in Kannapolis have councilwoman on their side

I am honored to add my voice to the endorsements for Jeanne A. Dixon, a candidate for Kannapolis City Council. Jeanne and I share a ... Read more

I’ve been fortunate to meet and to really get to know Nalini Joseph this past year when I met her at our church, First United ... Read more

There comes a time when each of us is called to choose the easy way or the hard way. In 2017, Al Heggins made the ... Read more

When Spencer voters go to the polls, they will have a few items on their ballots. They will be able to vote for members of ... Read more

Britain’s Home Office says more than 12,500 migrants have broken the law to get into the UK so far this year. Compare this to the ... Read more 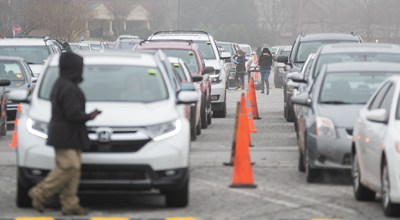 By Josh Bergeron Will we remember? Far in the future, long after anyone reading this column is gone, will reflections about COVID-19 be as divided ... Read more